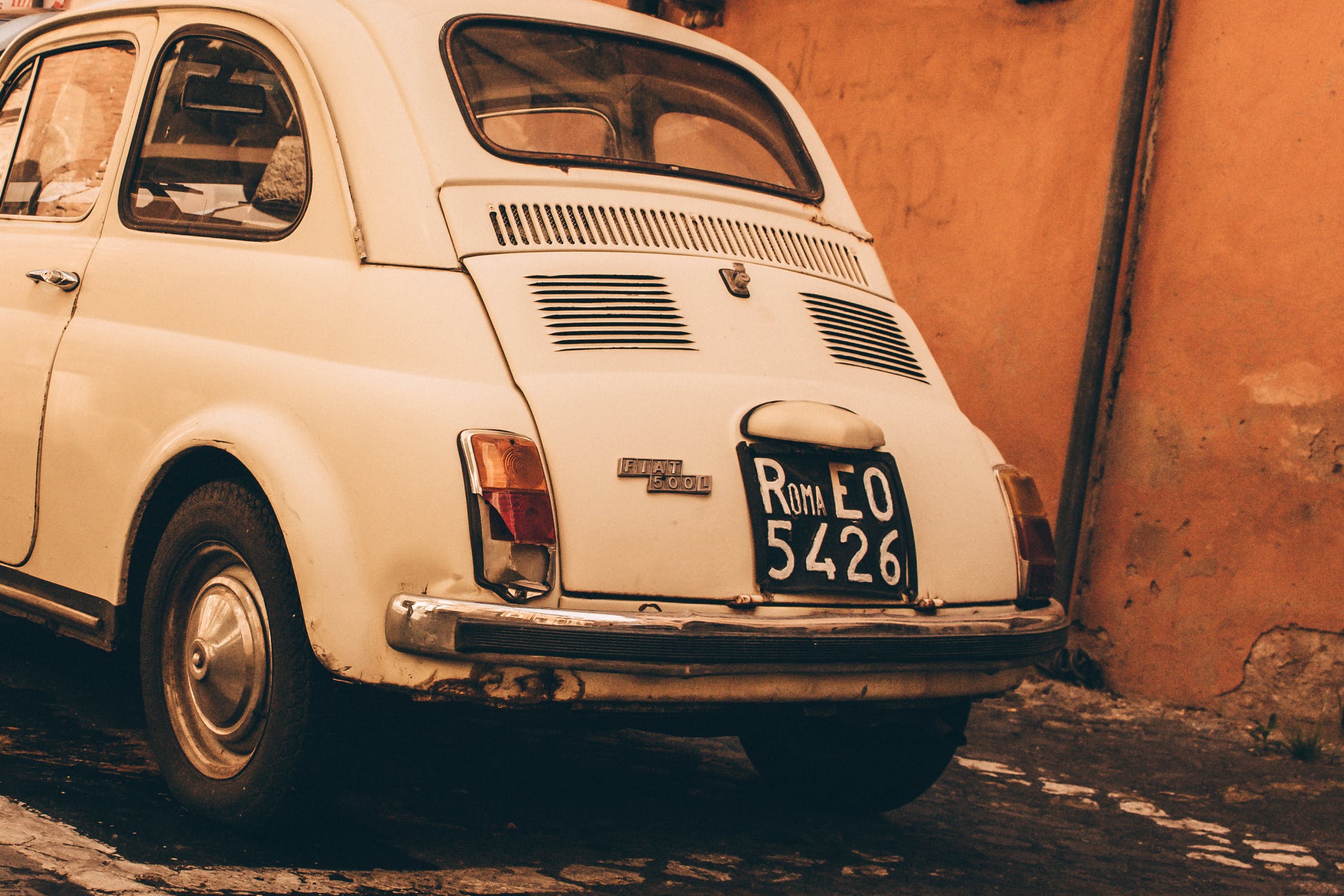 History of the License Plate

The license plate is 100% made in France! Indeed, it is the Prefecture of Paris which on August 14, 1893 decrees by an ordinance: "any motor vehicle must affix a metal plate on which is written legibly the name and address of the owner as well as a number. This plate must be attached to the left side of the vehicle and must not be hidden." However, it was not until 1900 that the license plate took off. It all started in Lyon, in the very famous Tête d'Or park.

But why? The walkers and the Lyonnais complained of the dust mixing carried out by the motorists tumbling down in the alleys of the park. At the entrance to the Tête d'Or, a number plate was distributed to identify people driving too fast. This plate was then returned at the exit. In July 1900 all Lyonnais motorists were given a personal license plate. Tourists received a plate which they returned after crossing Lyon.

A little more than a year later, the system was generalized to the whole of France by a decree imposing the installation of a license plate visible day and night on the front, but also on the back of everything. Each plate was composed of a series of numbers from 1 to 999 and a letter corresponding to a mineralogical district (managed by the Department of Mines, these are 15 administrative regions of the time). For example, Marseille had the letter MV, Bordeaux B.

In 1928, this mineralogical system was transformed, as the district disappeared in favor of the department. Thus began the appearance of 2-letter codes.

The American license plates reflect our car as being in the United States. They are provided by the motor vehicle department of each state.

In the minds of Americans as well as Europeans who have had American cars from the "sixties", the black license plate with a writing "gold" symbolizes the 1960's. They are sometimes attached to the historical automobile heritage. This aspect however disappeared in 1969, when a blue plate with gold numbers and letters appears.

Nowadays, more than fifty years after the disappearance of this symbol, the California registrar department is notifying the return of this plate. They exist in temporary or personalized plates, and many others according to your choice. The makers of these plates are inmates at Folsom Prison as they did then. These plates were also embodied in many fictional films, such as Bullitt.

The plates must contain symbols, colors or slogans associated with the authority which issues them. They are standardized and formed by 6 by 12 inches (15 by 30 centimeters). Illinois license plates are often preceded by the famous "Land of Lincoln" slogan. Some states use these plates as a tool to promote tourism by linking to the website of their tourist office. The plate frequently has illustrations specifying the limit of its validity. It also shows whether the car has personal rights, such as a parking space for the disabled, for example. The assembly is done frequently at the rear of the vehicle for all states.

Which car will be perfect for this plate? All cars and motorcycles will be able to benefit from this plate and not only collectible vehicles. The plates can also be a decoration for your home or office, with their variety in color, patterns and illustrations.